Home
BACK
Ian is a hunter, an advocate for communicating hunting to the non-hunting public, and a Business Analyst at Powderhook. Before Ian was a Business Analyst at Powderhook, he served in the U.S. Army as a combat medic, as an infantryman, and later as a Platoon Leader of army snipers. His vast experience shooting - from hunting rifles to rocket launchers - is exactly why we brought him out to The Dismal River Club in Mullen, NE to put the Traveling AccuFit through one last gauntlet before it gets shipped to its first hunt.

At this stop of the Traveling AccuFit, Ian quickly familiarizes himself with the rifle, finds his AccuFit, and promptly confirms the rifle’s accuracy out to 600 yards. He then sets out to work with four different shooters - their shooting skill sets ranging from novice to proficient - to evaluate, and prove, the rifle’s versatility. The result? Four shooters, four Fits, four bullets, and four 100 yard bulls-eyes.

“The pure volume of choices in hunting gear today is overwhelming, to include rifle selection,” Ian stated. “To a new hunter, it can be daunting. Is this the rifle I need? Is this bullet big enough? Will this rifle work where I’m going?” Ian has noticed that questions of gear and equipment are often at the forefront of a new hunter’s mind and he feels that a new hunter can quickly get bogged down in the gear, and forget about the experience. “It’s easy for a new hunter to lose sight of the bigger picture - going hunting. Savage is really breaking down a barrier to entry into hunting here. They’ve found the perfect formula of an accurate hunting rifle that will work for anyone, on any hunt, in any place.” 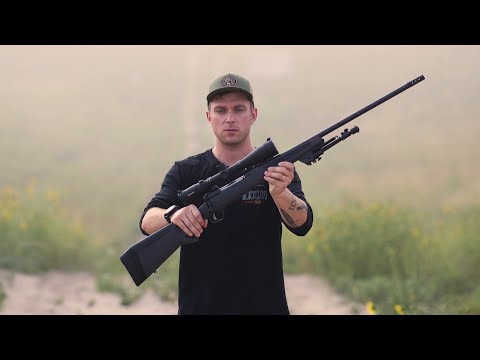